Shabbos in Kenton with Travelling Chassidim

By Isaak Kohn of TCUK


A group of Chassidic with families attended the Kenton Community where they were warmly welcomed by the Kehilla members and President Roy Block, davening has uplifted the spirit with lively songs, cantor Moshe Mordche Meizlik impressed the whole Kehilla with his wonderful services, the walls of the Shul sang together whilst the Mispallelim burst out dancing, anyone who attendee the shul felt the air of joy when it was followed by a special Seudat Shabbos which has been host by the Rov of the kehillah Rabbi Yehudah Black and family, non of the attendance was ready to leave the room whilst the Chassidim spoke their feelings and how they feel from this holy Shabbos together with this wonderful kehilla, Shabbos morning the Chassidim sang a part of Yekum Purkon followed with the rosh Chodesh bentching, none of the mispallelim were ready to leave the shul from the spiritual time they had, later afternoon it was Q&A which it gave the kehilla the opportunity getting to know a chassidish farbreng, Motze Shabbos is indescribable the emotions went up whilst the chassidim sang the tefillah of the Barditschever rov which has been explained in English before they sang it, after havdoloh the chassidim danced for an hour with the entire community. No words could describe when we in Kenton had the longest Shabbos since we exist which it was amazing said by Roy Block, Mr Menashe scharf said every kehillah should learn from the Kenton kehilla the Achdus they have and how welcoming they were.
There was an introduction by every member of the Travelling Chassidim on Friday night at the Shabbos meal. 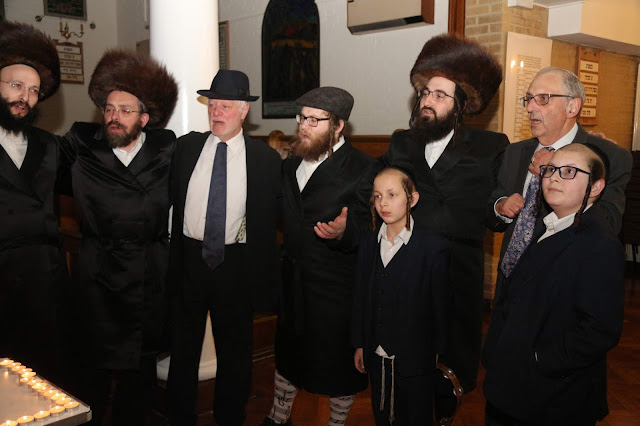 One of the TCUK members arrived minus Shtreymel, which created hilarious scenes of musical hats, with the chazan donating his headgear to the poor lad until he finished when the other chazan took over and in turn handed his furry hat to cover for the shlemazal...
This made the participants realise why he was wearing a cap instead of a Shtreimel as a sign from Hashem - leaving behind only the Shtreimel - reminding him about his late father zichroine livrocho who was born in Siberia and there is this kind of dressing code comes from, where he refused to say Schema Yisroel in Russian, Polish or Hebrew and refused to learn the Alef Beis, once he had his bris at the age of six in Krakow at the seudat bris he gave in and said Schma and he also started learning, this shows how we all Klal Yisroel belong to the same tree and we are connected to Hashem; it doesn’t matter what background, dressing code, kind of heart, a Jewish Neshomo stays always connected.
On moitze Shabbos Yitzchok (Isaak) 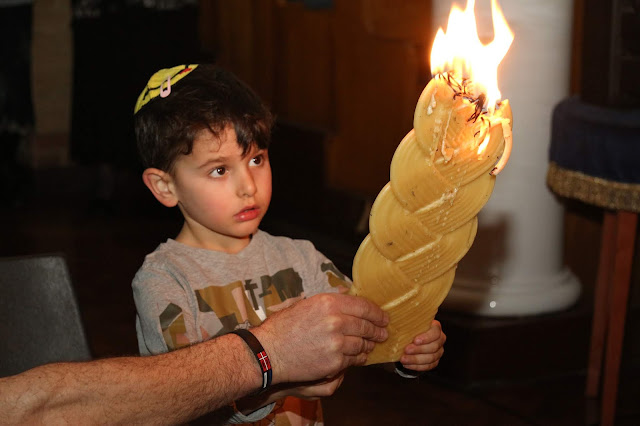 Kohn sang the tefilloh from the Heliger Rabbi Levy Yitzchok of Barditchev for the new week, wearing a pheasant's cap and explaining the meaning behind the song. It was an amazing atmosphere when all the participants where overwhelmed and where stunned of those incredible moments, after havdoleh the dancing became an unforgettable experience. At the end they couldn’t leave the chassidim and asked to come again.


Rabbi Shmuel Yitzchok Salzman sang and explained the story behind the song of the modzitz chossid who produced the Ani Mamin that was composed to the rhytm of the train wheels, when people were being led to their death in the extermination camps.no one will forget this extraordinary moments.
Special thanks to Rabbi Binjomin Bineth who organised the Shabbos
Posted by Our Little Corner at 2:04 pm